Article: Sexual violence by occupational forces during and after WWII 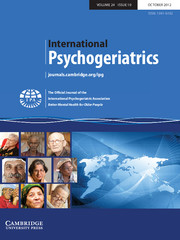 Data on experience and witness of sexual violence during World War II (WWII) and subsequent time of occupation and on indicators of mental health in a sample of elderly Austrians is presented. Interviews of 298 elderly Austrians from a larger epidemiological study on WWII traumatization were analyzed. Interviews comprised a biographical/historical section and psychological measures (BSI, TLEQ, PCL–C). Twelve persons reported direct experience of sexual violence, 33 witnessed such atrocities. One third of the victims and 18.2% of the witnesses reported post-traumatic stress disorder (PTSD full/subthreshold). Victims and witnesses displayed higher odds of post-traumatic symptoms and symptoms of depression and phobic fear than non-victims. Witnesses displayed higher levels of aggression compared to victims and non-witnesses. Results corroborate previous findings that wartim rape has long-lasting effects over decades on current mental health and post-traumatic distress in victims and witnesses. The integration of psychotraumatological knowledge on consequences of sexual violence on mental health into geriatric care and the education of dedicated personnel is recommended.