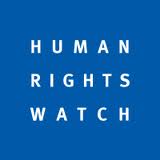 (Paris) – Côte d’Ivoire’s military was responsible for widespread human rights abuses in August and early September 2012, Human Rights Watch said in a report released today. The abuses includedarbitrary arrests, illegal detentions, extortion, inhuman treatment, and, in some cases, torture. The 73-page report, “‘A Long Way from Reconciliation’: Abusive Military Crackdown in Response to Security Threats in Côte d’Ivoire,”details the brutal crackdown that followed a series of violent attacks on military installations around the country in August.