Obama Loves This Freaky PTSD Treatment; the Pentagon, Not So Much 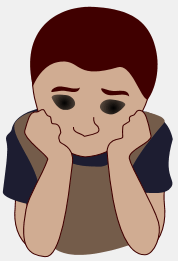 The role of continuity of abuse and relationship with the perpetrator

The sample was comprised of 138 victims of CSA and another 138 participants selected as a comparison group. Data about child sexual abuse were obtained from a questionnaire developed for this purpose. Copingstrategies were assessed with the How I Deal with Things Scale (Burt & Katz, 1987), while PTSD scores were assessed with the “Escala de Gravedad de Síntomas del Trastorno de Estrés Postraumático” (Severity of Symptoms of PTSD Scale; Echeburúa et al., 1997).

Participants who had been victims of CSA showed significantly higher PTSD scores and lower approach coping strategies scores. However, differences in avoidance coping strategies between groups were not consistent and did not always follow the expected direction.