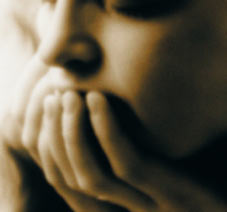 Most research regarding posttraumatic stress disorder (PTSD) and suicide has focused on suicidal ideation or attempts; no known study of the association between PTSD and completed suicide in a population-based sample has been reported. This study examined the association between PTSD and completed suicide in a population-based sample. Data were obtained from the nationwide Danish health and administrative registries, which include data on all 5.4 million residents of Denmark. All suicides between January 1, 1994, and December 31, 2006, were included, and controls were selected from a sample of all Danish residents. Using this nested case-control design, the authors examined 9,612 suicide cases and 199,306 controls matched to cases on gender, date of birth, and time. Thirty-eight suicide cases (0.40%) and 95 controls (0.05%) were diagnosed with PTSD. The odds ratio associating PTSD with suicide was 9.8 (95% confidence interval: 6.7, 15). The association between PTSD and completed suicide remained after controlling for psychiatric and demographic confounders (odds ratio = 5.3, 95% confidence interval: 3.4, 8.1). Additionally, persons with PTSD and depression had a greater rate of suicide than expected based on their independent effects. In conclusion, a registry-based diagnosis of PTSD based on International Statistical Classification of Diseases and Related Health Problems, Tenth Revision, is a risk factor for completed suicide.