The endless search for justice in Guatemala

Post- and peritraumatic stress in disaster survivors: the influence of individual and event characteristics across different types of disasters 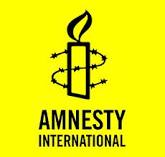 More than 200,000 men, women and children were murdered or disappeared during the country’s bloody 36-year-long internal armed conflict, which ended in 1996 with the signing of a Peace Accord in which the government pledged to clarify the truth about what had happened in those dark days.

In 1999, a report by the UN-sponsored Commission of Historical Clarification concluded that the Guatemalan state was responsible for 93 per cent of abuses.